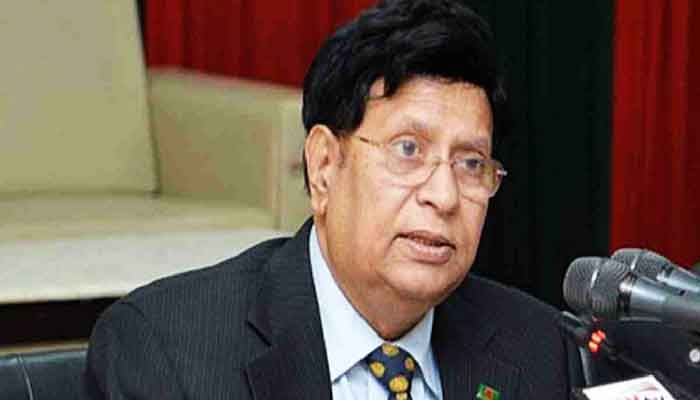 ﻿Foreign Minister Dr AK Abdul Momen on Thursday said that the Indian Ministry of External Affairs is very repentant for not informing Bangladesh beforehand while imposing a ban on onion export.

"I heard that the Indian Ministry of External Affairs is very repentant as they didn't know about the sudden ban," he said.

Dr Momen made the remarks while talking to newsmen at his office soon after his return from Turkey.

Bangladesh expects a positive outcome regarding Bangladesh's request to withdraw the export ban on onions soon.

Earlier, Bangladesh shared its deep concern with India at the sudden ban on onion exports saying it undermines the discussions held in October last year and January this year.

"The latest "abrupt announcement" of the government of India "undermines" the discussions that took place in 2019 and 2020 between the neighbouring countries on the matter and the understanding shared, the Ministry of Foreign Affairs wrote to Indian High Commission in Dhaka on September 15.

Bangladesh referred to the Commerce Secretary-level meeting between the two countries held on January 15-16, 2020 and VVIP visit to India in October last year when the Bangladesh side requested regarding the matter.

''I wish you had informed us before suddenly putting a halt in the export of onions. I had to tell my cook I have no other option but to have my food without onions. I would request India to please inform us beforehand while taking such an action. After all, we are neighbours,'' Prime Minister Sheikh Hasina said in Hindi in a program in India in October last year.

The High Commission of India has been requested to convey Bangladesh's message to the authorities concerned in India and take necessary measures to resume the export of onions to Bangladesh taking into consideration the excellent ties of friendship and understanding enjoyed by the two countries, the official said.

The Ministry of Foreign Affairs mentioned that the sudden announcement of amendments in India's export policy of onion directly impacts the supply of essential food item in Bangladesh.

He said Bangladesh raised the issue with the Ministry of External Affairs, India through Bangladesh High Commission in New Delhi immediately after noticing the ban.

Shahriar said there is an unwritten understanding that India will inform Bangladesh beforehand while taking any decision on such a ban.

He referred to Prime Minister Sheikh Hasina's remarks she made during her Delhi visit in October 2019 on the same issue when India imposed a ban on onion export.

Meanwhile, the government has decided to import onions from multiple sources to ensure enough supply of the key cooking ingredient in the local markets.

In line with the decision, the government has already taken steps to import onions from Turkey and Egypt, according to the Ministry of Foreign Affairs.

The consignment of the onions is expected to reach Chittagong port early next month.