7th March to Be Observed As Historic Day 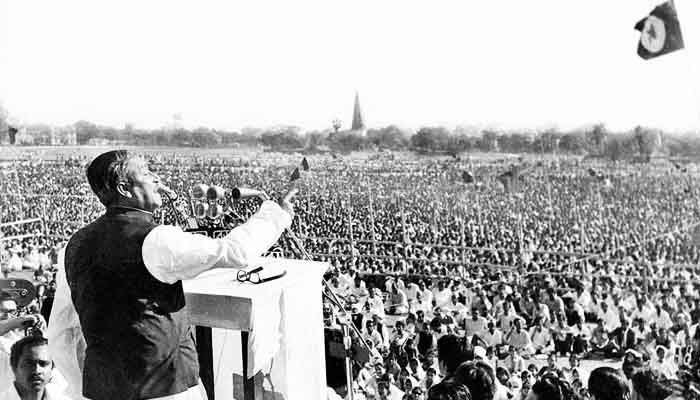 ﻿The Cabinet on Wednesday approved a proposal for declaring 7th March as a 'Historic Day' in a bid to observe the day nationally and internationally commemorating the historic 7th March Speech of the Father of the Nation, Bangabandhu Sheikh Mujibur Rahman.

The approval came from the virtual cabinet meeting held with Prime Minister Sheikh Hasina on the chair.

The Premier joined the meeting through videoconferencing from her official residence Gono Bhaban, while other cabinet members were connected from the Secretariat.

"The Cabinet approved the proposal of declaring 7th March as the Historic Day and include it in the Ka Serial (list) of the gazette notification concerned," said Cabinet Secretary Khandker Anwarul Islam, at a press briefing after the meeting.

Following a writ petition, the High Court earlier issued a rule asking the government to explain why it should not be directed to declare 7th March as a national historic day.

He said UNESCO included the 7th March speech of Bangabandhu in the Memory of the World Register.