New Kalurghat Bridge Will Be Built by 2022 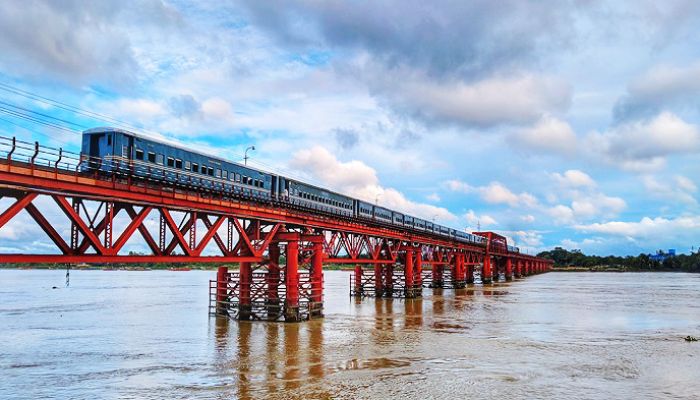 Railway Minister Nurul Islam Sujan on Wednesday said the new Kalurghat Bridge will be constructed by 2022.

He said this while inspecting the old Kalurghat Bridge at 11am.

The minister said that he had discussions with a team of Korean engineers about the bridge’s progress. ''At one stage, when I sat in the meeting with them again, they said that the railway bridge and the road bridge should be separated,'' he added.

The railway minister said, ''I have taken the initiative to build a railway-cum-road bridge as per the instruction of the Prime Minister. So, I came to visit the old bridge today. I hope to be able to implement the new Kalurghat Bridge by 2022. I sincerely regret that the bridge has not been constructed yet.''

Sujan said that there would be a two-lane road over the bridge. The railway line will be the dual gauge. If the bridge is built, it will be possible to establish rail links with India, Bangladesh and Myanmar, he added.