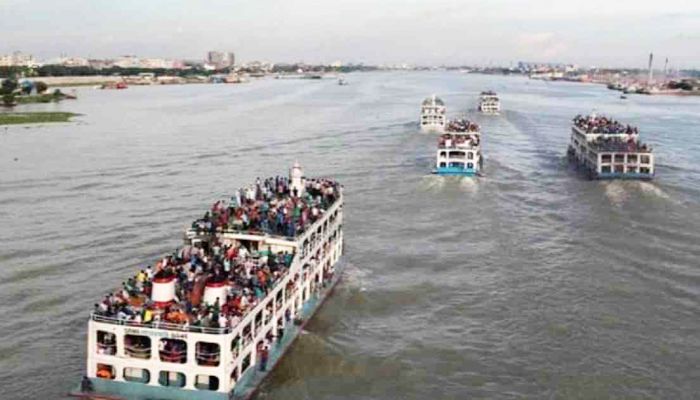 ﻿Though the number of launch capsizes has decreased, a different type of vessel accident is taking place on inland waterways round the year and deaths of people continue, said a report of two non-government organizations on Saturday.

At least 149 people, including 22 women and 44 children, were killed while 26 others injured and 58 others remained missing in a total of 95 waterway accidents in the last three months.

The 58 missing victims were also considered deceased as they were not found later rising the number of death to 207, revealed a survey of the Green Club of Bangladesh (GCB) and National Committee to Protect Shipping, Roads and Railways (NCPSRR).

The fatal accidents took place in different inland waterways and coastal areas between 1 July and 30 September across the country.

The survey was conducted on the basis of 24 national and 10 regional dailies and nine news portals and news agencies, says a press release.

The report said that the highest 86 people, including 10 women and 31 children, lost lives while six others injured and 23 others remained missing in 48 accidents in August.

At least 18 people, including teachers and students of Madrasha, were killed in a trawler capsize in Netrakona’s Uchitpur Haor on August 5.

According to the report, 41 people, including six women and five children, were killed and 10 others injured while 17 others remained missing in 37 accidents in the month of July.

As many as 10 accidents took place in September when 22 people, including six women and eight children, lost lives and 10 others received injuries and 18 others were missing.

Ashis Kumar Dey, general secretary of GCB said deaths of people continue for accidents of trawlers and other small vessels. He blamed lack of proper monitoring, a huge number of illegal vessels and unskilled masters and drivers for the accidents.

The reasons include publishing reports in different mass media regarding the shipping sector’s irregularities, strengthening of coast guard and river police petrol on the waterways and also increasing the number of modern and risk-free passengers and cargo vessels.