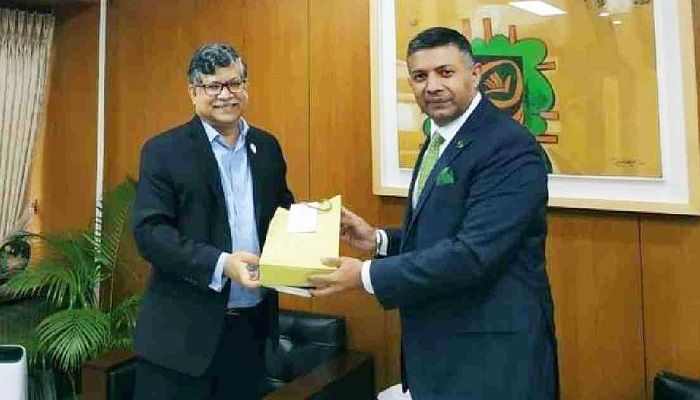 ﻿Bangladesh and India on Tuesday expressed optimism to hold a Joint Rivers Commission (JRC) meeting this year to discuss water sharing of common rivers between the two countries.

Before the JRC, the two friendly countries will hold a water resources secretary-level meeting to discuss relevant technical issues.

Bangladesh and India want to resume flight operations through a special "air bubble" arrangement "as soon as possible" after finalizing the "technicalities."

There is progress on that front and two attendants can accompany a patient instead of one attendant, according to the discussion between the two sides.

The Indian High Commission in Dhaka has already announced the resumption of online visa application services for Bangladesh citizens.

Other categories will be resumed soon, the High Commission said on Friday.

At the recently held Joint Consultative Commission (JCC), Foreign Minister Dr AK Abdul Momen and Indian External Affairs Minister Dr S Jaishankar "positively reviewed" the possibilities of resumption of air connectivity, during the ongoing pandemic, through special air bubble arrangement with an equal share of frequencies and routes by the carriers of the two countries.

The Bangladesh side requested the Indian side to reciprocally ease visa and land border restrictions for Bangladeshi nationals, particularly for medical patients and students enrolled in various educational institutions of India.

Indian High Commissioner Doraiswami said they are committed to delivering with their partners in the Bangladesh government, on a special ''air bubble'' arrangement to resume aviation, very soon.

The Indian side has conveyed its commitment to finding mutually acceptable solutions to all the issues with Bangladesh.

Earlier, Bangladesh and India agreed to resolve water-sharing issues of common rivers including the Teesta treaty and bring down border killings to a zero level.