4 of a Family Hacked to Death in Satkhira 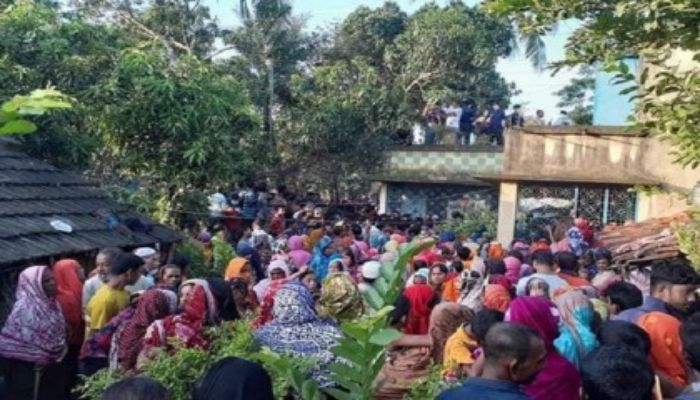 ﻿A couple and their two children were hacked to death by unidentified miscreants at Khalsi village in Helatala union under Kalaroa upazila of Satkhira on Thursday morning.

The deceased were identified as Shahinur Rahman, 40, his wife Sabina Khatun, 35, and their son Siam Hossain, 10, and daughter Taslima, 8, all of them hailing from the area.

Raihanul Islam, Shahinur’s younger brother, who was sleeping in a nearby house, said he heard groaning from his brother’s house in the morning.

When he went there, he found the door closed from the outside, he said, adding that he saw the shocking incident when he entered the house.

Mafijul, sub-inspector (SI) of Kalaroa Police Station, said that the reason behind the incident could not be known immediately but the matter is being investigated.

The SI also said motive behind the murders can be ascertained after investigation.