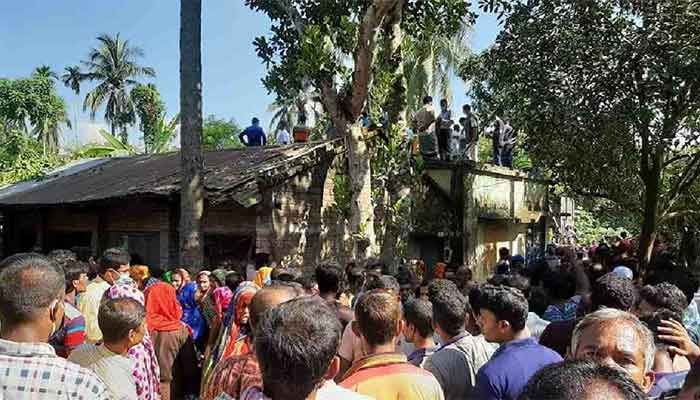 A case has been filed in the Kolaroa Upazila district of Satkhira over the murder of four members of a family.

On Thursday night, Moyna Khatun, the mother-in-law of one of Shahinur Rahman's victims, filed a case with the Kolaroa Police without naming anyone.

The victims were buried after their autopsy.

Meanwhile, the case was handed over to the Satkhira Criminal Investigation Department ( CID), said Haran Chandra Paul, the police station officer in charge.

No one has yet been arrested over the incident.

Shahinur Rahman, 40, the son of Shahjahan Ali, Shahinur 's wife, Sabina Khatun, 30, and their two children were named as the victims — Siam Hossain Mahi, 9, and Tasnim, 6.

The incident is being investigated by police.