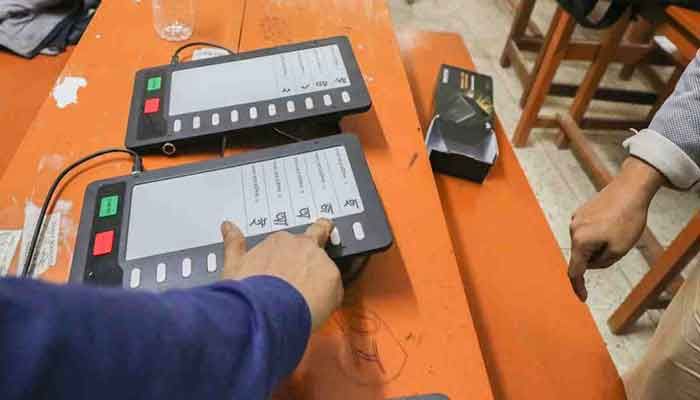 Voting is underway on Saturday in the by-elections for Dhaka-5 and Naogaon-6 constituencies via electronic voting machines (EVMs) rather than traditional ballot papers.

Two major political parties are taking part in the by-polls, the Bangladesh Awami League and the BNP.

In the by-polls, the voting began about 9:00 am and will continue without any break until 5:00 pm.

Six MP candidates, including AL-nominated Md Kazi Monirul Islam and BNP-nominated Salauddin Ahmed, are in the electoral race in the Dhaka-5 constituency.

Mir Abdus Sabir of the Jatiya Party, HM Ibrahim Bhuiyan of the Gano Front, MD Arifur Rahman of the NPP and MD Ansar Hossain Sikdar of the Bangladesh Congress are the four other contenders.

On September 03 last, the Election Commission announced the by-election schedules for the two parliamentary constituencies.