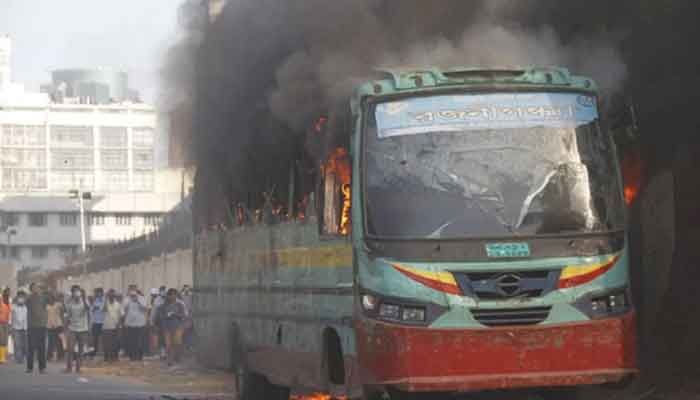 A metropolitan court in Dhaka has detained a total of 17 people on various terms of remand in connection with Thursday's arson attacks on nine buses in different parts of Dhaka.

Among them, Dhaka Metropolitan Magistrate Dhiman Chandra Mandal passed a 3-day remand order against six in a case filed with the Shahbagh Police Station on Friday afternoon.

On Thursday (November 12), unidentified miscreants set couple of buses on fire at different spots in the capital but none was reported injured.