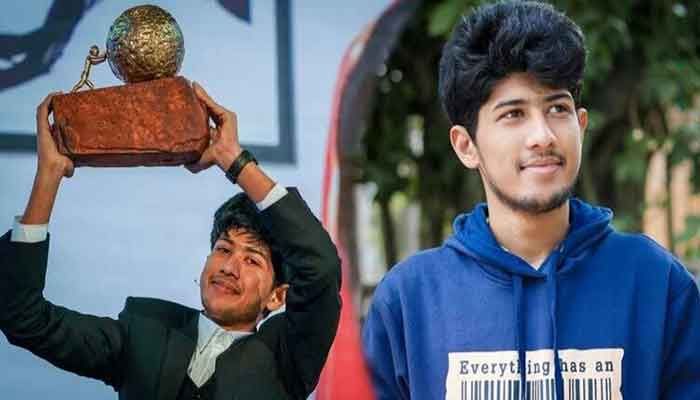 ﻿A teenager in Bangladesh has won the International Children's Peace Prize for his efforts to educate young people about cyberbullying.

Sadat Rahman, 17, was motivated to develop a mobile app to help young people track online bullying after reading about a 15-year-old girl who took her own life from harassment, reports BBC.

About 1,800 teenagers in his local district have now used the app.

Nobel laureate Malala Yousafzai described him as "an inspiration".

"He's calling on young people all over the world to stop cyberbullying and to help peers in their community who suffer from mental and emotional violence. Sadat is a true changemaker," she said in an online speech.

Since its launch, more than 300 young victims of online crimes have been supported and eight people - including adults who sexually harassed children online - have been arrested.

Accepting the award, Rahman clarified that half of the young internet users in Bangladesh had encountered cyberbullying, and that fear and lack of awareness had stopped many of them from reporting crimes.