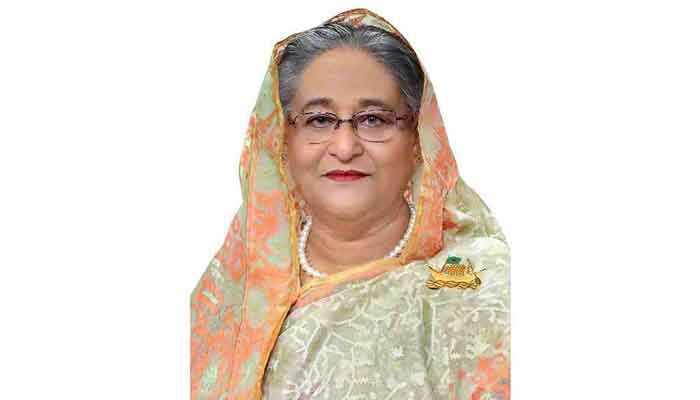 ﻿Prime Minister Sheikh Hasina said that the Bangladesh Coast Guard will be strengthened so that they can play a role in helping the government tap the 'Blue Economy' potential.

"With the Blue Economy and Vision 2030 and 2041 for the Coast Guard in mind the government has intended to steadily raise its workforce from 4,781 to 15,000," she said on Sunday, reports UNB.

The program took place at the Berth Patenga Coast Guard, while the Prime Minister entered it virtually from her official residence in Ganobhaban.

Sheikh Hasina asked the members of the Bangladesh Coast Guard to carry out their duties with patriotism, honesty and faith.

"You will pay particular attention [to your duties] so that the good reputation of the Coast Guard will still remain unharmed," she said.

The Prime Minister has assured the Government of the strength of all-out cooperation in sustaining its forward march. "I can give you the assurance of that."

She said Narayanganj Dockyard and Khulna Shipyard, now working under the Bangladesh Navy, were constructing two inshore patrol vessels, one floating crane, two tugboats and 16 boats. "They will soon be inducted into the fleet of the Coast Guard."

Sheikh Hasina mentioned that a dockyard is being prepared in Gajaria for the Coast Guard to increase its capacity of repairing and maintenance. "To enhance the capability of this force, steps have been taken to procure hovercraft, drones, 3500 metric tons of vessels that can be used in all weather conditions. We want to develop the Coast Guard as a modern and time-consuming force," said the Prime Minister.

Terming Bangladesh, a land of natural disasters, said the people of the country must survive in the face of all these natural adversities. "We've got to live with these, we've got to concentrate our efforts on saving the lives of people facing all odds, we've got to learn the capacity."

Hasina said Bangladesh has a huge ocean border that can be used for the economic growth of the country. "The Bay of Bengal is a very important ocean, and the trade and trade of many countries is going through this region."

The Prime Minister mentioned that the government wants to ensure protection in coastal districts and improve their economic conditions.

"Keeping that in mind, we want to use our sea resources for our economic development. For that, we’ve declared the Blue Economy, we have taken a plan how we could use our ocean resources for the country's development," she said.