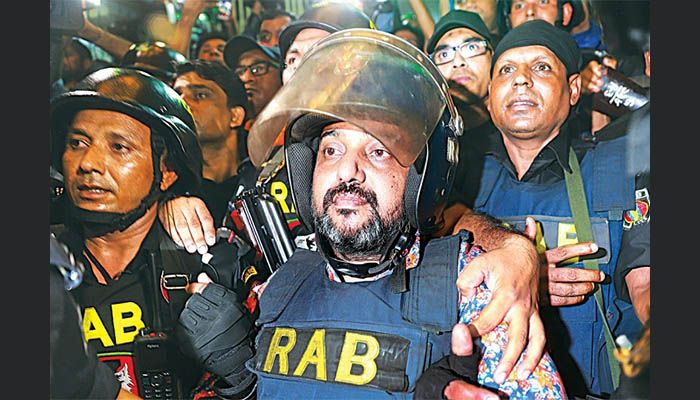 ﻿The Anti-Corruption Commission (ACC) on Sunday approved a charge-sheet against expelled Jubo League leader Ismail Chowdhury Samrat, one of the "casino kingpins" in Dhaka, in a case filed for laundering Tk 223 crore to Singapore, Malaysia.

The anti-graft body gave the go-ahead to the submission of the charge-sheet to the trial court after a long investigation.

Among the amount, he cashed out TK121 crore to Singapore's casino and the rest amount to Malaysia.

Earlier on November 10, Samrat and his close aide Enamul Haque Arman were shown arrested in the case.

On September 13 this year, CID filed the case against the duo under the Money Laundering Act with Ramna Police Station.

In the case, it was alleged that Samrat siphoned off Tk 195 crore to Singapore and Malaysia illegally, with the help of his aide Enamul.

On October 6, 2019, Rapid Action Battalion arrested Samrat, who was the president of Dhaka South unit of Jubo League, and Arman, former vice-president of the same unit, from Cumilla after raiding a house near the Indian border.

He came under the spotlight after Rab busted his illegal casino business at different sporting clubs in Dhaka and later was expelled from the Jubo League following his arrest.