Residents of Demra Not Getting Proper City Corporation Services 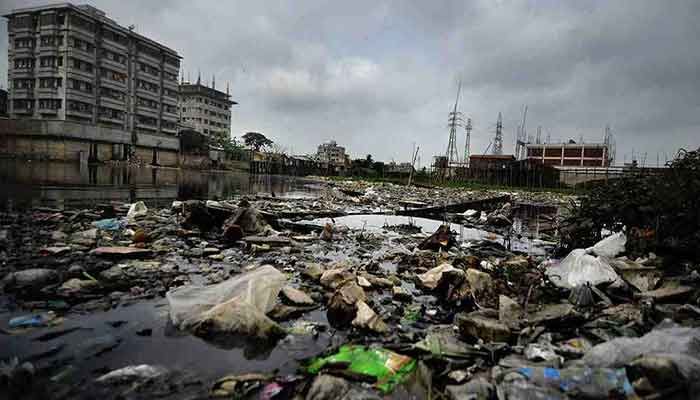 The residents of Demra under the Dhaka South City Corporation (DSCC) are troubled by the stench of waste materials dumped in their area and by the infestation of mosquitoes and flies.

Locals allege that there is no waste management system at the site, which is why separate garbage from households and factories is thrown away here and there. As a result, the air is being poisoned and the infestation of mosquitoes and flies has risen vastly there.

Under the circumstances, the locals urged the government to take proper initiatives for waste treatment to keep clean up the sites of the capital. They also called upon the government’s concerned agencies to stop the unplanned construction of building factories to make a livable city.

Toriqul Hasan, an inhabitant of Mir Parha of Demra said they are facing various problems due to throwing away waste here and there, especially the roadside.

“The Demra area is being polluted in various ways and made an uninhabitable site throwing the waste from households and factories here and there due to not having a proper dumping station.  A waste management plant should be set up in a short time in the area otherwise it will be an unliveable area,” he also said.

Toriqul said that they could not sleep after the stench of the garbage, the mosquitoes and the Flies. In addition, factories are being set up in an unplanned manner. So the locals have to suffer as well. The government has to think about making a living place in this respect.

Salauddin Ahmed, councilor of 69th ward under the DSCC, told UNB they have no containers to dispose of waste being a new ward.

“Household wastes are thrown away here and there like the courtyard of houses, ponds, canals or roadside. The wastes from factories of several wards are thrown away in the Mir Para roadside as its low site,” he added.

Salauddin said that the DSCC officials know the matter that the waste is being thrown away. The City Corporation will soon be eliminating the waste.

Contacted, Atiqur Rahaman, councillor of 70th ward under the DSCC told UNB they don’t know who threw away the wastes including harmful polythene in the road side of the area.

“Though we permitted locals to throw household waste in low land not having any space after ordering the former MP from Dhaka-5 constituency Habibur Rahman Mollah as high way construction of Demra- Jatrabari was continued. But we don’t know who threw away the harmful plastic waste there,” he added.

Atiqur said the city corporation has recently taken an initiative to set up two Secondary Transfer Station (STS) at Della and Durgapur areas to bring speed in the waste management process.

“The infestation of mosquitoes and flies not only increased in the Demra area but also went up in the whole capital too. However, we spread mosquito repellent to control the infestation in every day in my ward,” he also added.

Secretary General of Environment and Social Development Organization- ESDO, Bangladesh Dr Shahriar Hossain said throwing away waste here and there impacts on environment and public health. Besides, a dangerous gas is emitted due to burn wastes.

“So, awareness should be created among people so that they don’t throw away waste here and there. Application of law is very significant to this end,” he added.

Shahriar also underscored the need for a proper waste management plant to keep clean the environment.