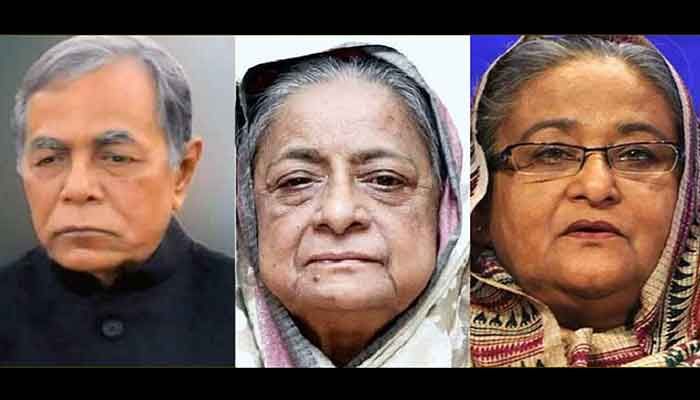 Razia Naser, the wife of the younger brother of Bangabandhu, Sheik Abu Naser, died at the age of 83. She died at 8:50 p.m. at Evercare Hospital in town on Monday.

She was undergoing treatment for elderly complications at the hospital.

In separate messages, the president and the prime minister prayed for eternal peace of the departed soul and conveyed deep sympathy to the bereaved family members.

Razia Naser is survived by her five sons, two daughters and grandchildren.

Among her sons, Sheik Helal Uddin is a lawmaker from the Bagerhat-1 constituency, Sheik Salahuddin Jewel is an MP from Khulna-2, Sheik Sohel is a director of the Bangladesh Cricket Board and a member of the Jubo League. Two of her sons – Sheikh Jalal Uddin Rubel and Sheik Belal Uddin Babu – are vice-presidents of the party of water transport owners.

Her husband was killed on the night of Aug 15, 1975 along with Bangabandhu.

The Prime Minister said that Razia Naser loved her like a mother and stood by her after she had returned to her home in 1981 and had always encouraged her.

In a message of condolence, Minister of State for Industries Kamal Ahmed Majumder described Razia Naser as a "witness to the history of Bangladesh."

“The nation lost a great woman at the death of the ‘Ratnagarva Ma’ (mother of distinguished children),” he said.