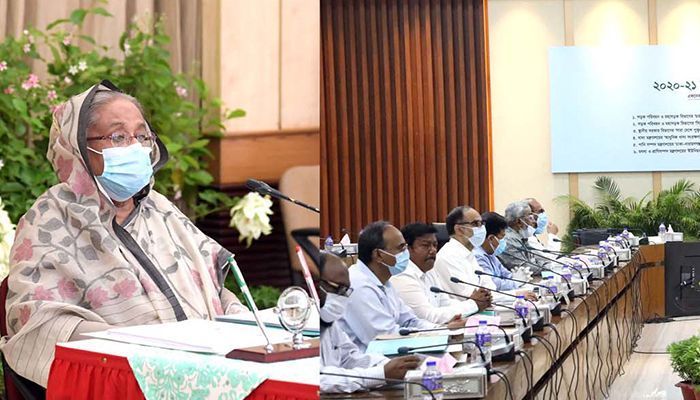 He said, “The project will be implemented at 355 upazilas under 55 districts of the country.”

Zakir, member of the Division of Agriculture, Water Resources and Rural Institutions of the Planning Commission, stated that, taking into account the extent of the damage caused by the cyclone Amphan and the recent floods, the project for the rehabilitation of the rural roads, culverts and bridges affected was created.

The goal of the project is to minimize transport costs and time by ensuring a sustainable road maintenance system, simplifying the marketing system for different goods, creating more rural jobs and thus keeping the rural economy operational.

Besides, the project area also covers some 139 upazilas under 22 districts of Rajshahi, Khulna, Dhaka, Mymensingh and Chattogram divisions which were affected due to excessive rain.

Planning Division Senior Secretary Md Ashadul Islam said that Prime Minister Sheikh Hasina in the meeting asked the authorities concerned to complete the works of cyclone Amphan affected roads in a speedy manner in coordination with other ministries and divisions so that there is no overlapping of works.

The day’s ECNEC meeting also approved a project for protecting Gobindi and Holdia areas under Saghata upazila and Katalmari area under Fulchori upazila of Gaibandha district from the erosion on the right embankment of River Jamuna with Taka 798.53 crore.

The Planning Division senior secretary said the premier in the meeting stressed that the main strategy for checking river erosion should be maintaining the usual flow of water and also keeping operational the river channel through conducting capital dredging and thus maintenance dredging.

Ashadul said the Prime Minister once again underscored the need for identifying the sandbanks (dubo chars) in the rivers and thus removing those through dredging as well as creating buffer zones for preserving water.

She also asked the concerned line ministries to keep an eye so that river silt does not block the usual flow of water.

Regarding the first revision of the Important Rural Infrastructures Development Project: Barishal, Jhalakathi and Pirojpur districts with an additional cost of Taka 305 crore, Ashadul said the Prime Minister directed the concerned ministries including the Local Government Division to give special attention so that the quality of work is ensured, the quality of bitumen in road construction and maintenance remains high and thus ensure that water could not remain for long time on roads.

He said Sheikh Hasina also directed for preparing a master plan for the rural roads and infrastructures with the Local Government Division as the lead Division.

The two other projects approved in the meeting are Waste System Development of Khulna City Corporation with Taka 393.40 crore and the first revision of Construction of Sheikh Hasina Sangskritik Palli with an additional cost of Taka 102.77 crore.