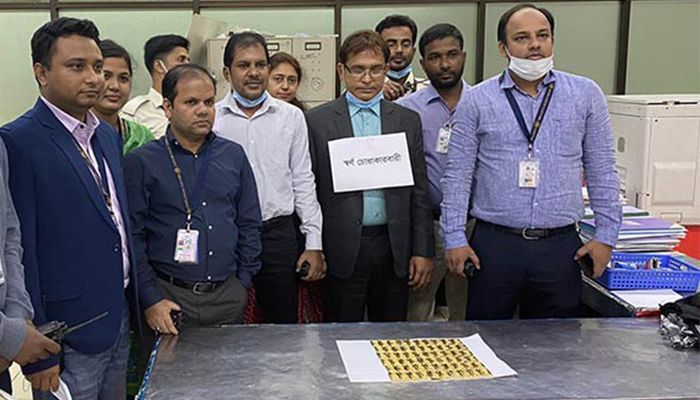 On Wednesday morning, customs intelligence detained a man with 60 gold bars weighing 6.9 kilograms from Shahjalal International Airport in the capital.

The identity of the arrestee has not yet been known.

The customs officers, acting on a tip-off, took a position at the main points of the airport. At one point, the officials questioned the man for his suspicious movement as he crossed the airport's boarding bridge. Later, 60 gold bars were recovered, hidden inside his clothing, said Mohammad Maruf Rahman, Dhaka Custom House Assistant Commissioner.

The value of the seized gold was estimated at around TK 5.17 crore, he added.

A process is underway to take legal action against him in this connection, the official said.