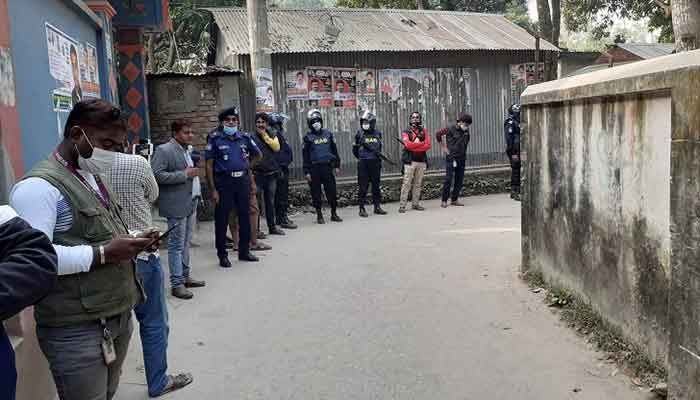 The identities of the arrestees could not be known yet.

The bomb disposal unit reached the spot and began working to find the bombs inside the houses and spread them, sources said.

Earlier, members of the elite force corded off the house on suspicion that it was a militant hiding spot.

Lt Col Ashique Billah, Rab's legal and media wing operator, said members of the elite unit were driving about 5:00 a.m. at the house in Ukilpara on the basis of details from two alleged militants arrested in Rajshahi last night.

Sensing the presence of law enforcement, criminals fired shots from inside the house.

No casualties were reported.