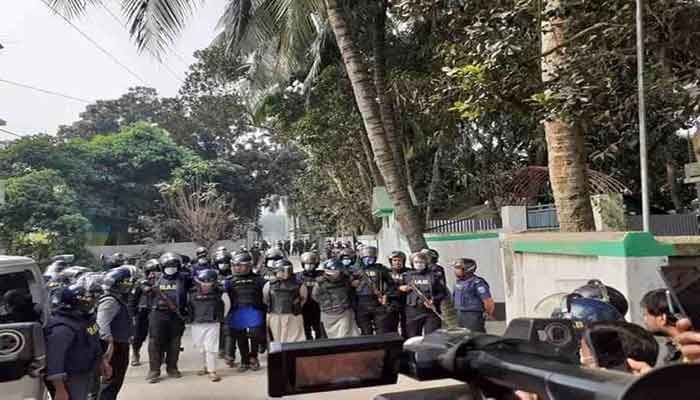 Rab officials said they had corded the house in Ukilpara Municipality neighborhood on Friday morning (from 5 a.m.) on the basis of information provided by militants arrested the previous day, reports UNB. They are currently being interrogated.

In the morning, there was a loud explosion in the building. Four suspected militants had surrendered to Rab before 11 a.m.

A senior Rab official told the media that the house was used as a training centre.

“We suspect several more militants might be hiding in the house,” Billah said.

The raid in Sirajganj was conducted on the basis of information provided by Mahbub.

Neighbours said that some young people have rented the ground floor of an under-construction building bought by a Khairul Alam. The house was frequented by many unknown people and some residents of the house were running a shop in the neighbourhood.

After the assault on Holey Artisan on 1 July 2016, the government launched a major crackdown on militants. Successful raids and deaths of top militant leaders have brought down militant activities in the country.