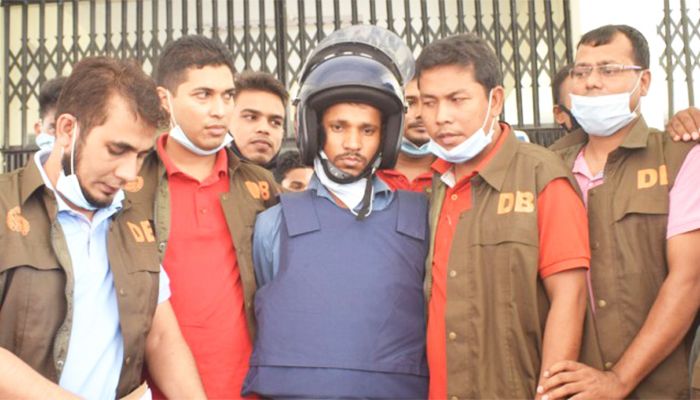 ﻿Detective Branch of police in Dinajpur pressed charges against a suspended gardener of Ghoraghat Upazila Nirbahi Office in a case for attempting to murder former UNO  Wahida Khanam and her father.

Imam Jafor, officer-in-charge of the Detective Branch of police in Dinajpur and also investigation officer in the case, submitted a charge-sheet to local court accusing Rabiul of committing the attack.

The accused also submitted a confessional statement recorded by the court under Section 164 of the Code of Criminal Procedure (CrPC).

The official said the charge sheet was made against the accused on the basis of a forensic report and investigation.

Rabiul, who once worked as a gardener at the then UNO Wahida Khanam’s residence, attacked her and her father early hours of September 3.

The same day, Wahida's elder brother Sheikh Farid Uddin lodged a case with Ghoraghat police station in this regard. Five people, including Rabiul and a local Jubo League leader, were arrested later.

Wahida Khanam, seriously injured in the attack, was transferred to the public administration ministry as officer on special duty (OSD). Her husband Md Mesbaul Hossain, former UNO at Pirganj, was transferred as senior assistant secretary in the ministry of health.