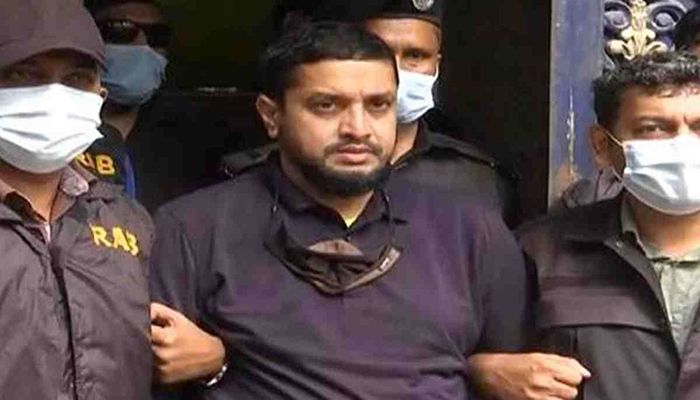 'Golden Monir' will be stripped of the ownership of 200 plots if the allegations of irregularities against him are proved, said Chairman of Rajdhani Unnayan Kartripakkha (Rajuk) Md Sayeed Noor Alam.

The chairman came up with the remarks while talking to journalists at the LGD office on Sunday.

Talking about the recovery of documents of 200 plots from Monir’s house, Alam said, ''We're investigating the matter. Legal action will be taken against all those to be found involved in the irregularities.''

Responding to a question regarding Rajuk officials' involvement in the matter, he said, ''I believe this is not a thing that happened overnight …it's a long process that has come to light recently.''

It first came into the limelight last year when Rajuk took steps and the process will continue until it is fully unveiled, the chairman said.

Talking about recovering some documents from an office of Rajuk Bhaban last year, Alam said they seized 72 documents in a drive from a room that was earlier rented to outsiders.

A case was filed with Motijheel Police Station and an official was arrested in this regard, he said adding that a departmental case was filed against him.

''We'll take action if any other official is found involved in the matter after police investigations," Alam said.

Talking about the allegation of providing VIP protocol to Monir, the Rajuk chairman said: ''We followed the government procedures, no one was given VIP protocol; there had been no irregularity in this regard.''

Earlier, three cases were filed against 'Golden Monir' in connection with the recovery of foreign currencies, firearms and liquor from his Badda residence on Saturday.

On the day, Rab men arrested Monir, locally known as 'Golden Monir', along with firearms, drugs and huge foreign currencies from his residence.

Foreign currencies of 10 countries worth Tk 9 lakh, around 8kg gold, and cash Tk 1.9 crore were recovered from his possession during the overnight raid.

Monir, who was once a salesman of a cloth shop at Gausia Market, has 200 plots in his name in Badda, Nikunja, Uttara and Keraniganj areas, and has a luxurious car worth Tk 3 crore, Rab said.

He was also a vicious hundi trader and land broker. Rab said they found his involvement in gold smuggling.

Monir's amassed wealth has a value of approximately Tk 1,050 crore.