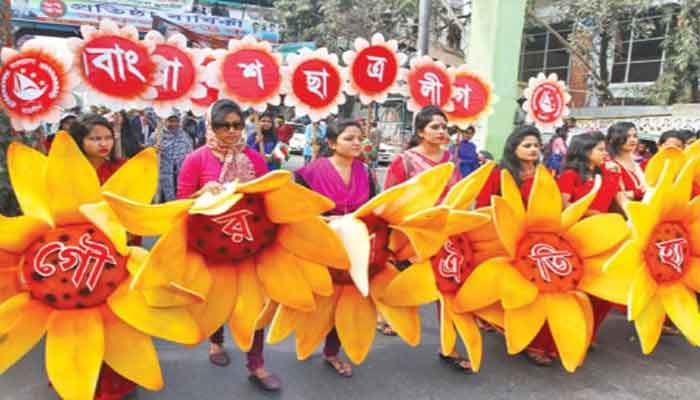 BCL, the largest student organisation of the country having glorious heritage of struggle and success, came into being on January 4 in 1948 under the leadership of Father of the Nation Bangabandhu Sheikh Mujibur Rahman.

Marking the anniversary, the student wing of the ruling Awami League has chalked out a three-day programme.

The day’s programmes include hoisting national and party flags at party offices at 7:30am, placing wreaths at the portrait of Bangabandhu Sheikh Mujibur Rahman at Dhanmondi- 32 at 8:00am, cutting cake at 10:00 am at Dhaka University's Curzon Hall.

At 10:00 am, a team of BCL central committee paid tribute by placing a wreath at the grave of Father of the Nation Bangabandhu Sheikh Mujibur Rahman in Tungipara where fateha was offered and a doa mahfil will be held.

Later, a discussion will be held at Krishibid Institution, Bangladesh (KIB) auditorium at 3.30 pm while Prime Minister and Awami League President Sheikh Hasina is expected to address the discussion as the chief guest through videoconferencing.

As part of the celebration, winter clothing and health protection equipment will be distributed to poor and rootless people in front of Swoparjito Swadhinata Sculpture on Dhaka University campus at 11 a.m. on January 6.

In addition, a voluntary blood donation campaign will be held in front of Shawpajito Shadhinata at 11 a.m. on 8 January.

The BCL has been leading all democratic and progressive movements in the country since it established in 1948. This organisation attained victory in all struggles in exchange for great sacrifices.

The BCL was also involved in the movement launched by Sheikh Hasina against the 'State Terrorism' launched by the then BNP-Jamaat Alliance Government after the 2001 polls.

After the one-eleven changeover, the BCL also led a strong movement when the army-backed government arrested Sheik Hasina on 16 July 2007 for no reason whatsoever.