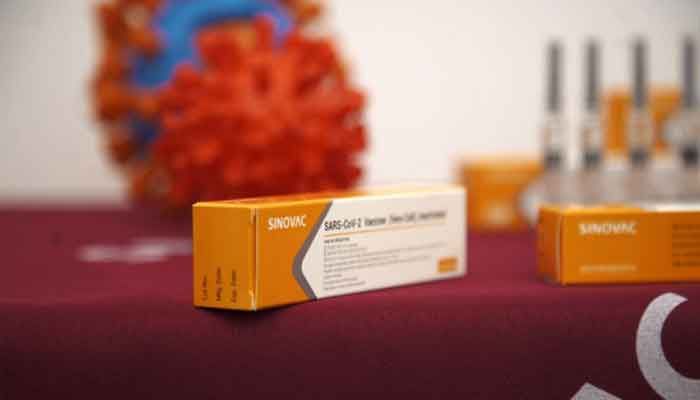 The future of attaining Covid-vaccine share of Bangladesh has been jeopardized, after India on Sunday decided not to allow Serum Institute to export the Oxford University-AstraZeneca vaccine for several months.

The country was in talks with two countries-India and China-to deliver coronavirus vaccines for domestic use, but it looks as if the country is now in hot soup since it has also failed to reach an agreement with its Chinese counterpart, reports media.

Earlier in August 2020, Bangladesh approved the Chinese company Sinovac Biotech's human trial in the country, but later in mid-October, it was canceled as the government refused to co-fund the domestic vaccine trials.

Sinovac asked the Bangladesh government to co-finance domestic trials, which sources said would cost about $7 million.

Sinovac informed the Ministry of Health in a letter from Reuters that the delay in approvals in Bangladesh had resulted in funding being reallocated to trials in other countries.

China has been one of the leading candidates in the Covid-19 vaccine race with two promising candidates-Sinovac and Sinopharm-of whom Sinovac's CoronaVac is likely to have the best chance of being approved and distributed internationally on the basis of the trail data available.

Countries such as Indonesia, Turkey, Brazil and Chile have announced their purchase of the Sinovac vaccine.

The first batch of Sinovac vaccines (1.2 million doses) arrived in Indonesia at the beginning of December 2020 in preparation for a mass vaccination campaign, with a further 1.8m dose expected to arrive by January 2021.

In addition, Sinovac is holding talks with the Philippines on potential sales, while Singapore has indicated that it has signed pre-purchase agreements with a number of vaccine manufacturers, including Sinovac.

In Europe, Hungarian Foreign Minister Peter Szijjarto said on Facebook that the country would seek emergency domestic approval of a Chinese Covid-19 vaccine rather than waiting for a review by the EU's European Medicines Agency. He said the safety of the vaccine is not a "political or ideological question, but a professional one."

CoronaVac is one of three experimental Covid-19 vaccines used by China to inoculate about one million people under the emergency program.

Despite not knowing the results of phase 3 trials, a condition typically required for regulatory approval, CoronaVac has been approved for emergency use in China for high-risk groups since July 2020.

This emergency approval is likely to have followed positive data from the vaccine's phase 1 and 2 trials.

Sinovac has reached its' phase 3 trial after it published the results of its phase 2 trial in mid- November of 2020 suggesting that CoronaVac induced immune responses among volunteers and may offer Covid-19 protection.

Sinovac, in a separate statement, stated that it would be able to produce 300 million doses of vaccine each year and aims to complete the construction of a second production facility by the end of 2020 to increase the annual production capacity of the Covid-19 vaccine to 600 million doses, Al Jazeera reported.

China's other Covid-19 vaccines, developed by China National Biotec Group (CNBG) under the China National Pharmaceutical Group (Sinopharm), have been approved by the United Arab Emirates and Bahrain.