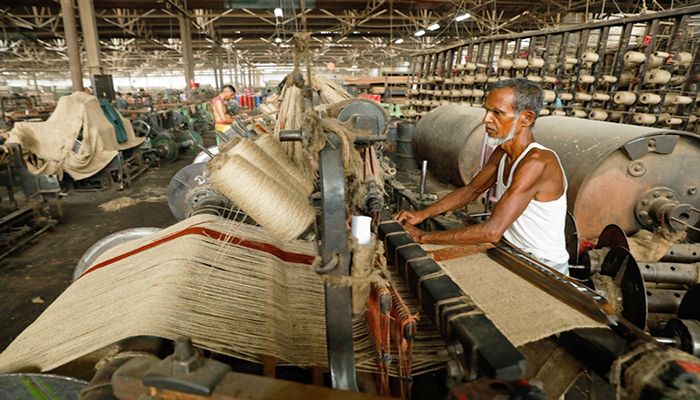 Secretary to the Textile and Jute Ministry Lokman Hossain Miah on Tuesday said that the country’s jute mills were closed following the instruction of the premier as 25 closed jute mills incurred a loss of Tk 1,000 crore per annum.

He came up with remarks at a seminar titled ''Strengthening of Jute Fibre for Composite Application'' at the Institution of Engineers Bangladesh (IEB) in the capital on Tuesday afternoon.

The secretary said, ''No one faced problems following the closure of jute mills. Not a single movement was waged in this connection. Even no one took to the street. The reason is that everyone has realized their dues.''

He said Tk 5,000 crore has been distributed among the 69,000 workers through a 'golden handshake'. No problem occurred because no irregularity took place in any process.