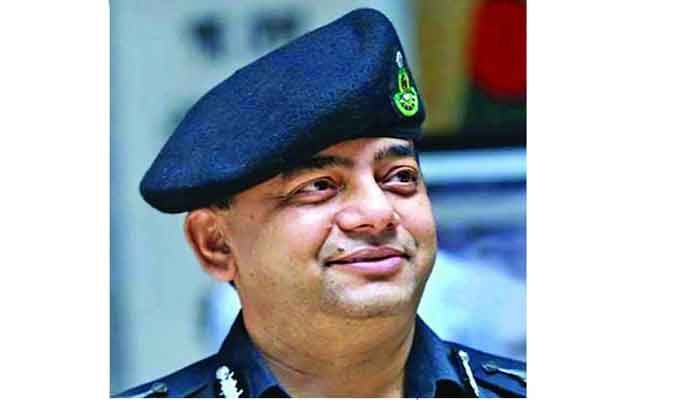 Inspector General of Police (IGP) Dr Benazir Ahmed said on Friday that by using law and serving people instead of using muscle power, the police could keep society normal.

"I believe that not muscle power, but service and proper use of law can keep society normal," he said, addressing the Crime Reporters Association of Bangladesh Annual General Meeting (AGM) as the chief guest (CRAB).

Police have a lot of legal powers, Dr Benazir said, adding: “Why they would apply muscle power? Police will have to use merit, conscience and the power of law.”

“Initially, I was working on motivational activities and discipline and the second thing is we do not want ‘brutality’ in the policing. We don’t want news about police brutality in newspapers. We don’t want to be in news,” he said.

The IGP said, “I want to encourage for good works and journalists will publish objective news on police members who commit misdeeds.”

He said that journalists could motivate crores of people and they can mould opinions, which can change the destination and speed of the society.

“As builders of opinion, you can reach the hearts of millions of people in a moment, we expect that you will be fully aware about the power of your pen,” Dr Benazir said.

The IGP said, “If anyone in our police force commits any offence, he experiences extreme cruelty as disciplinary actions are taken strictly. Again, if he needs help for any good job, then we try our best.”

Bangladesh’s economy is moving forward in all indicators, he said, adding, “We need purity in every aspect. So, we want to start cleansing campaign from our house. We are trying to clean our house first to get rid of corruption. We will continue this campaign.”

Dr Benazir Ahmed said police is working hard against drugs and if any drug addict is found in police force he is ousted from the force.

He said randomly dope test is being conducted at all levels of the police force. “We want to clean our house, we want to implement ‘zero tolerance.”

The AGM was chaired by Abul Khair, President of CRAB, while Chowdhury Abdullah Al-Mamun, Director General of the Rapid Action Battalion (RAB), was present as a special guest.