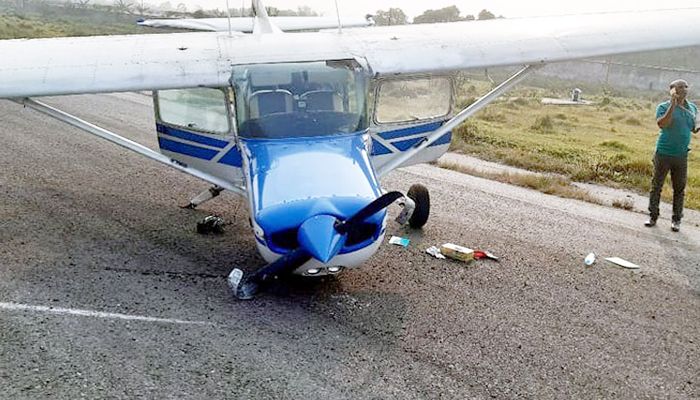 ﻿A two-seater training aircraft crash-landed and nose-dived at Shah Makhdum Airport in Rajshahi on Saturday afternoon.

The accident took place around 3:00 pm and the on-boarding instructor and a trainee pilot escaped serious injuries.

The aircraft has been damaged. Flying Academy officials were looking into whether a technical fault or pilot error was to blame, he added.