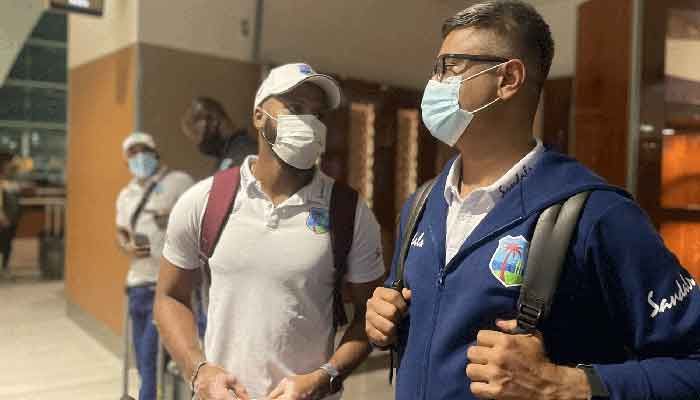 The West Indies cricket team arrived in Dhaka on Sunday to play a bilateral series against hosts consisting of three ODIs and two Tests. The Emirates Airlines flight carrying them landed at Hazrat Shahjalal International Airport at 10.30 a.m.

The members of the West Indies team will quarantine for seven days. They will have to be completely isolated in their respective hotel rooms in the first three days. Those who become negative for Covid-19 after three days can take part in intra-squad training sessions. They can interact with people here and do net sessions with Bangladeshi net bowlers after seven days.

The contingent members of the West Indies are due to be screened by Covid-19 upon arrival in Dhaka. The second round of screening will take place on the third day of the quarantine period. They will be screened for the third time after serving the seven-day quarantine.