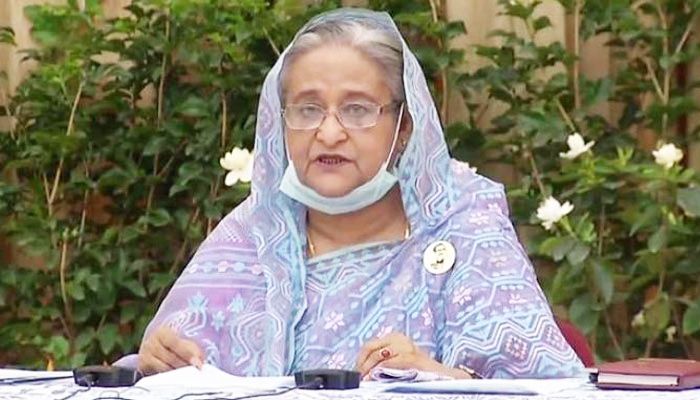 "Those who tried to foil independence have now failed," she said.

The Prime Minister said this while virtually addressing a discussion marking the historic Homecoming Day of Father of the Nation Bangabandhu Sheikh Mujibur Rahman from her official residence Ganobhaban.

Awami League organized the discussion at its central office at 23 Bangabandhu Avenue.

On January 10, 1972, Bangabandhu had returned to the independent and sovereign Bangladesh after over nine and a half months of captivity in a Pakistan jail. He was subjected to inhuman torture in the jail where he had been counting moments for the execution of his death sentence that was pronounced in a farcical trial.

Sheikh Hasina said that as the anti-liberation and defeated forces did not want that the people of Bangladesh will roam across the globe with their heads high and dignity and they killed Father of the Nation Bangabandhu Sheikh Mujibur Rahman.

"That was not the end, they kept generations after generations far from the ideologies of the Liberation War, they deprived them of knowing the real history of the country," she said.

She vowed to further advance the country maintaining its achievements as an independent country and dignity.

"We will build developed and prosperous Golden Bengal that the Father of the Nation dreamt of," she said.

She mentioned that so far it is the Awami League that could give something to the country because it walks with the ideologies of the Father of the Nation.

"We are taking the country keeping his (Father of the Nation) ideologies in front of us," she said.

The Prime Minister said that the main aim of the party is to ensure welfare of the nation for which Bangabandhu sacrificed his life, and provide beautiful life to people.

"This is our aim and we are working keeping that aim in our mind," she said.

She mentioned various plans of the government including Vision 2021, Vision 2041 and Delta Plan 2100 and said that these have to be implemented for advancing the country.

"Besides, keeping the country free from militancy and terrorism, we will build the country as Golden Bengal making it free from hunger and poverty and imbued with the spirit of non-communalism, this is our commitment on this day," she said adding that this nation will advance in the world arena keeping its head high.

Regarding the coronavirus vaccine, the Prime Minister said that the government has taken all necessary steps to procure the vaccine and it will come.

She urged all to maintain health guidelines to keep them safe from this deadly virus.

"The virus affected us mostly in March last, so at that time there might be another wave," she said.

The Prime Minister briefly described the life, struggle and sacrifice of Bangabandhu Sheikh Mujibur Rahman for the country and its people.