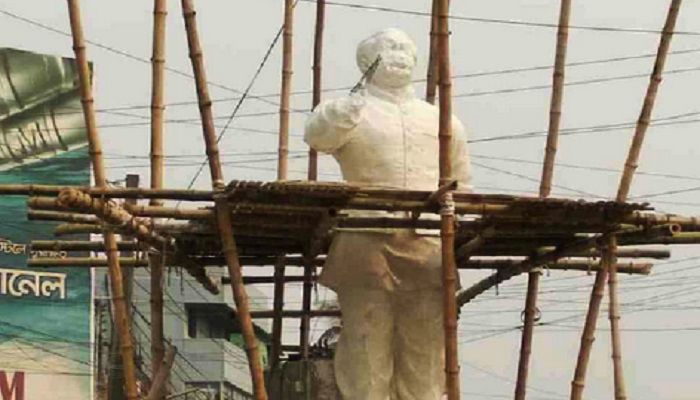 ﻿Police headquarters claimed to have taken adequate measures to protect Bangabandhu sculptures and murals across the country.

In a report submitted to the High Court on Tuesday, police headquarters said it beefed up the security of 1, 220 sculptures and murals.

Earlier, on December 7, the High Court asked the police authorities concerned to take measures to protect the sculptures and murals.

The apex court came up with the order following a writ petition filed by Advocate Basir Ahmed.

Such order was also preceded by damage caused to Bangabandhu sculptures in several parts of the country and threats issued by fundamental groups to knock down such structures.

Searchlights and CCTV cameras have been installed in and around the sculptures and murals across the country, said police headquarters.

A division bench of the HC comprising Justice FRM Nazmul Ahasan and Justice Shahed Nuruddin has fixed January 21 to pass further orders on the issue.

Besides, Bangabandhu sculpture at Mymensingh Town Hall premises was demolished on December 11.

Earlier, chief of the Islamist organisation Hefazat-e-Islam Junaid Babunagari and other fundamental leaders were sued for issuing threat to resist the government’s move to construct a sculpture in Dhaka to be named after Father of the Nation Bangabandhu Sheikh Mujibur Rahman.