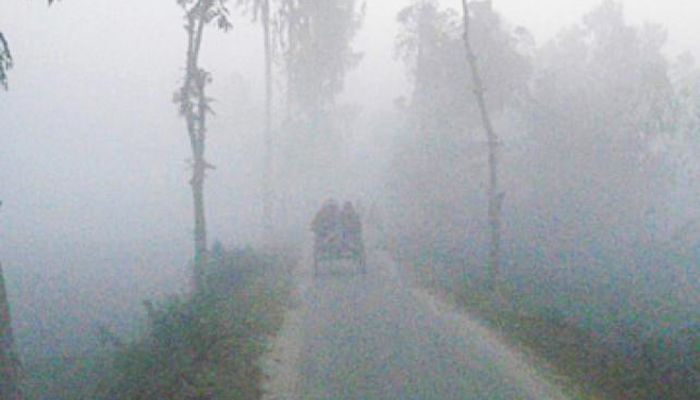 ﻿A mild to moderate cold wave has started to sweep over the country's six regions on Wednesday.

The lowest temperature was recorded at 7.8 degrees Celsius in Badalgachhi Upazila of Naogaon, the Met Office said.

According to the Bangladesh Meteorological Department, the cold wave, which started to sweep over Rajshahi, Pabna, Naogaon, Dinajpur, Saidpur and Kurigram regions, may continue for more than 2-3 days.

The mercury with clouded sky may persist across the country in the next 24 hours starting from 9 am.

Moderate-to-thick fog may occur over the country during the period from midnight to morning in the country's northern regions.