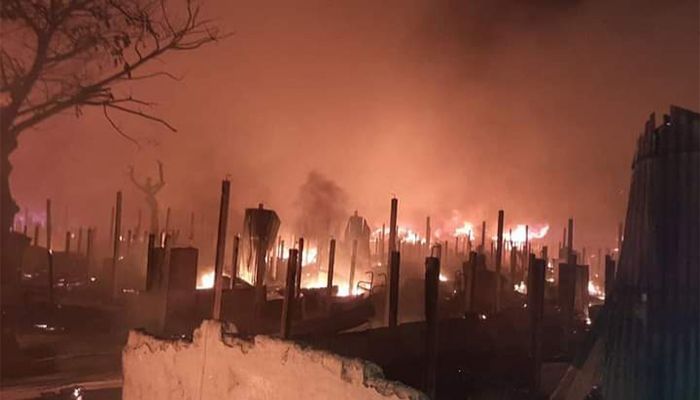 ﻿A fire raced through a Rohingya camp in the Nayapara area of Teknaf Upazila in Cox’s Bazar, destroying nearly 400 houses and shops.

No casualties were immediately reported. The fire broke out at the Nayapara camp at around 1:30 am on Thursday.

Being informed, firefighters rushed to the scene and extinguished the blaze after five hours of frantic efforts, sources said. It was not immediately clear what caused the fire.