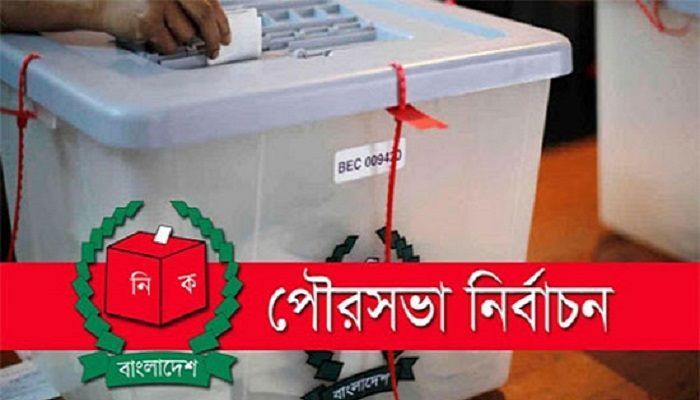 ﻿In the second phase of the Municipal Polls, vote counting is underway for 60 municipalities of the country after voting.

Electronic voting machines (EVMs) were used for voting in 28 out of 60 municipalities in today's election.

Voting ended at 4 pm on Saturday (January 18). Earlier, polling started at 8 am.

Although voter turnout was low at the beginning of polling, the voter line continued to grow as the day progressed. Voters cast their ballots in a festive atmosphere, ignoring the severe winter.

BNP candidate Abdur Razzak has announced to boycott the Bhabaniganj municipality election in Bagmara, Rajshahi. He boycotted the polls, alleging that supporters of the Awami League candidate did not allow him to vote.

In the election of Kulaura municipality of Moulvibazar, there was a chase between the two parties as the general secretary of Upazila Chhatra League Rumel Ahmed occupied the polling station. The authorities stopped voting.

Two people were injured in a chase between supporters of two mayoral candidates in the Shailkupa municipality election in Jhenaidah.

Abdul Quader Mirza, brother of Awami League general secretary Obaidul Quader and a candidate for the boat symbol, has expressed satisfaction over the election of Basurhat municipality in Noakhali. Earlier, he had made inflammatory remarks about the election for some time.

Besides, two cocktails exploded in a row at Ganipur Government Primary School in Daganbhuiyan municipality of Feni. An Ansar member named Ariful, who was in charge of the center, was injured.

Electronic voting machines (EVMs) were used in 26 of the municipalities and ballots were cast in 32 of them.

For the first time, many voters are in trouble when they go to vote in EVM. In the Chandina municipality election of Comilla, the voters have to suffer a lot in voting by EVM system. Each vote takes an average of 5 to 20 minutes. As there is no extensive campaign on EVM at the field level, those in charge of voting have to be annoyed at this time.

Police and RAB were deployed at the centers to ensure smooth and peaceful conduct of the second phase of municipal elections. Ansar members were there to help them.

In the second phase, the schedule of 61 municipalities was announced but the polling in Syedpur of Nilphamari was postponed. Independent candidate for mayor (coconut tree symbol) said. Voting in the municipality was postponed due to the death of Amjad Hossain Sarkar.