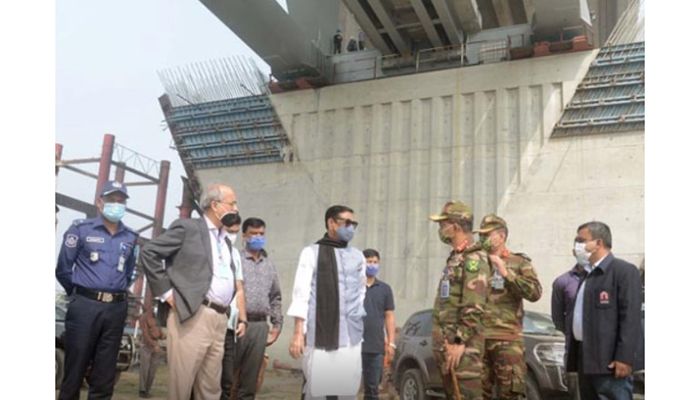 ﻿Road Transport and Bridges Minister Obaidul Quader said on Tuesday about 92 percent of construction works of the much-awaited Padma Bridge has been completed so far.

"After completion of the construction works of the Padma Bridge Project, the bridge will be open for vehicle movement by June 2022,'' he said.

Quader, also the Awami League General Secretary, said the future development of the country will run centering the bridge as a revolutionary change will come in the country’s communication sector after the construction of the Padma Bridge.

Replying to a question, he said bringing discipline in the roads and transport sector and turning the ruling Awami League into a disciplined political party to help Prime Minister Sheikh Hasina implement Vision 2021, Vision 2041 and Delta Plan are the main challenges for him.

''Personally, I have no new dream. I mixed up my dreams with the dreams of Father of the Nation Bangabandhu Sheikh Mujibur Rahman and his eligible daughter Sheikh Hasina,'' Quader added.