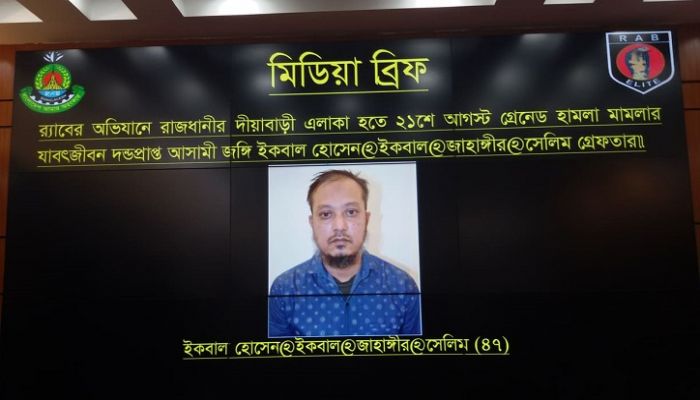 A convicted accused in the 21 August Grenade attack case was arrested from Diabari area of Uttara in the capital on Tuesday.

RAB confirmed the matter of arresting Iqbal, who was sentenced life term imprisonment in the verdict, reports media.

Dhaka’s Speedy Trial Tribunal sentenced 19 people to death, handed 19 others life terms and penalised another 11 with different jail terms on Oct 11, 2018 for their roles in the 2004 grenade attack.