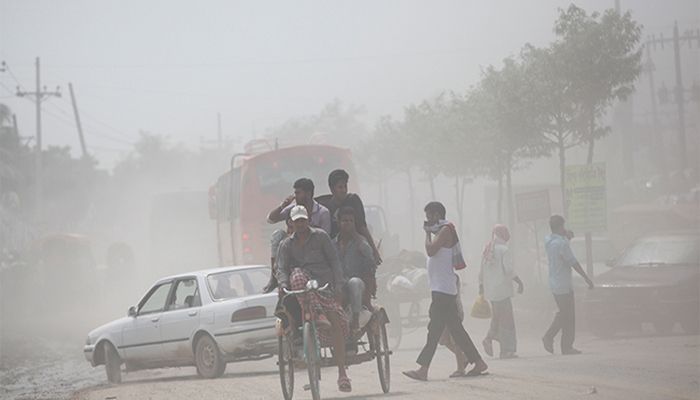 ﻿The densely populated capital of Bangladesh has once again been rated as the world's most polluted city.

On Thursday, Dhaka's air quality index (AQI) around 11 am read 367, considered 'hazardous'. Indian capital Delhi and Pakistan’s Lahore occupied the second and third spots in the list of cities with the worst air quality, with AQI scores of 358 and 215, respectively.