Mirkadim Mayor among 13 Sustained Burn Injuries in a Mysterious Blast 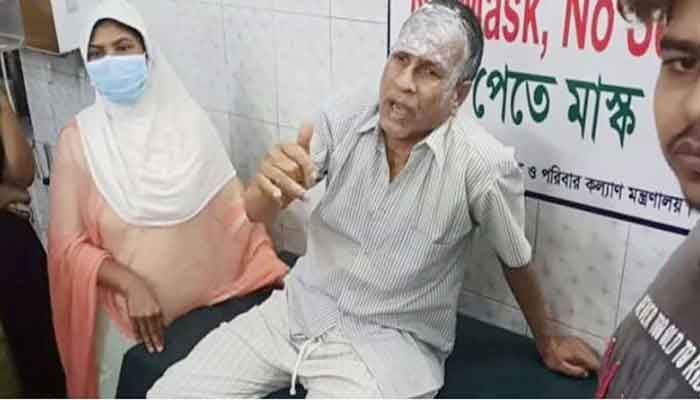 Mirkadim municipality mayor, his wife and 11 others have received burn injuries in a mysterious blast at his residence in Munshiganj.

The incident occured around 9pm on Tuesday as the mayor  was holding a meeting with councillors and others on the second floor of the building.

Twelve of the injured were admitted to Sheikh Hasina National Institute of Burn and Plastic Surgery, while one was taken to Munshiganj General Hospital.

Mayor Haji Abus Salam along with others was staying on the second floor of the building at the time of the blast.

Abu Bakar Siddique, officer-in-charge of Munshiganj Sadar Police Station, said reason for the blast could not be known immediately and investigation was underway.

Taking to journalists, physicians said one of the patients was taken to Intensive Care Unit (ICU) with 60% burn injuries while others were being given treatment in general ward.