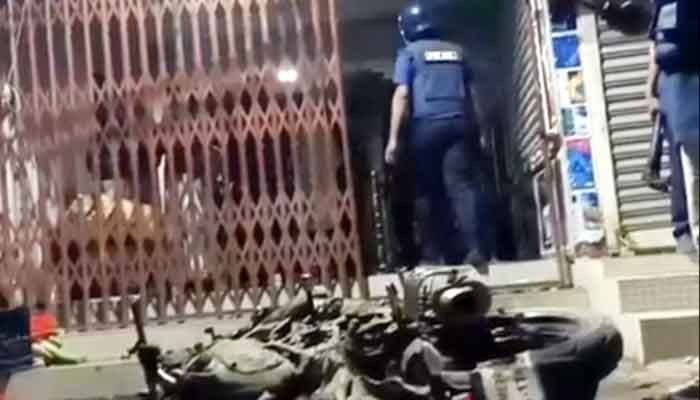 ﻿At least 10 people were injured as two factions of the local Awami League group clashed in Noakhali's Begumganj Upazila over establishing supremacy.

Upon receiving the news, the police reached the spot and brought the situation under control.

People from both fractions clashed and torched a motorcycle.

Later, people from one side took up positions in a local market when others threw bricks at them, causing damage to several businesses.

According to locals, the fight was centred on an incident between two local leaders, who had a dispute a few days back over a game of football.