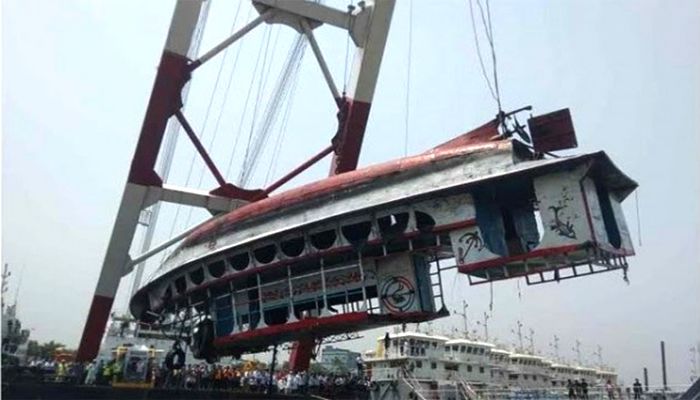 ﻿Members of the Coast Guard arrested 14 people in connection with the launch capsize on the Shitalakkhya River on Thursday.

Narayanganj Deputy Commissioner Mostain Billah confirmed the news and said they were detained from Munshiganj.

Thirty-five people were killed after the launch Sabit Al Hasan capsized near Shitalakkhya Bridge at Koylaghat of Syedpur area after it was hit and dragged by a tanker.

A total of four-probe committees were formed to investigate the incident, so far.