Obaidul Quader: Covid Vaccines to Be Collected, No Matter What 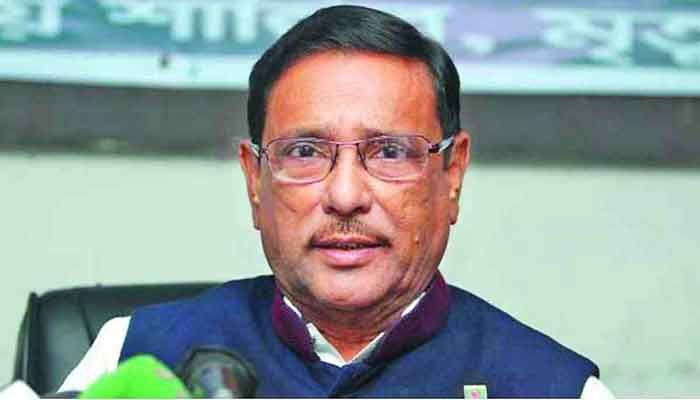 The government will take necessary initiatives to procure vaccines from any source to save the lives of people, said Awami League general secretary Obaidul Quader on Wednesday.

“There’s no need for any special relationship with anyone to manage corona vaccines…the government will collect that from any source,” he told reporters in the morning.

The senior party leader paid homage on behalf of Prime Minister Sheikh Hasina first and then for the party.

He said the biggest challenge now is to avoid the politics of blame game over dealing with coronavirus, the common enemy of all, irrespective of party affiliation.

Mentioning the politics of courage and talent of Sheikh Jamal as the unique example of Bangabandhu family, Quader said, "The nation must be brought out from the politics of murder and conspiracy. The politics of killing is not desirable for any party.”

Those involved in the brutal assassination of 1975 were not spared, he said, “Murder begets murder. Had Bangabandhu not been assassinated, another group of murderers would not dare to kill Ziaur Rahman.”

Quader said Ziaur Rahman himself was the mastermind of the Bangabandhu murder and he had to face the consequences.

The Awami League general secretary urged BNP to avoid the politics of murder and conspiracy. “BNP is now conspiring to remove Sheikh Hasina from politics,” he claimed.

To establish true democracy in Bangladesh, Quader called upon BNP to move away from the path of murder, conspiracy and terrorism.