26 Killed As Speedboat Collides with Bulkhead in Madaripur 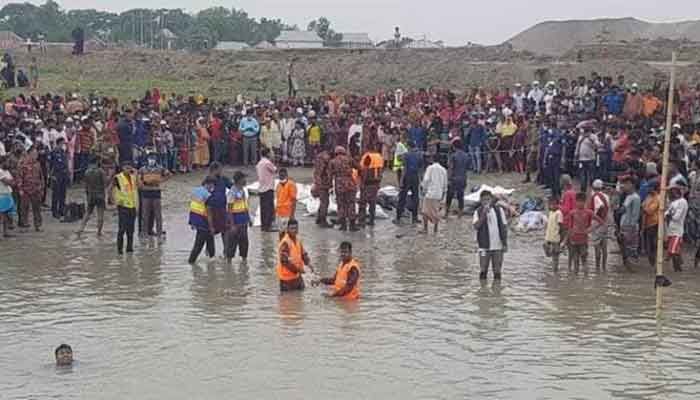 ﻿﻿﻿At least 26 people were killed in a collision between a sand-laden bulkhead and a speedboat in Madaripur's Shibchar on Monday morning.

Several others also remained missing in the incident.

The OC said the Speedboat carrying 22-24 passengers left Shimulia at 7.30 am. When it reached Kanthalbari Puraton Ghat area, it sank after being hit by the bulkhead.

After the incident, 26 bodies have been recovered so far.