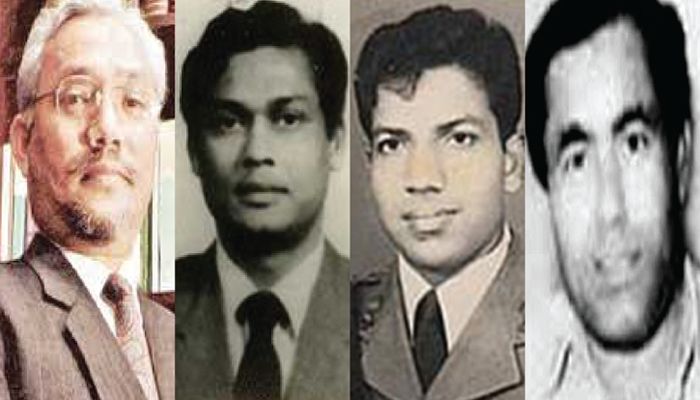 The High Court on December 15 directed the government to revoke the state gallantry awards of the four convicted killers of Bangabandhu. || Photo: Collected

﻿A gazette notification has been issued upon scraping awards of four convicted killers of Father of the Nation Bangabandhu Sheikh Mujibur Rahman.

Deputy Secretary of Liberation War Affairs Ministry Rabindra Nath Dutta signed the gazette notification in this regard on Sunday.

Of them, Shariful Haque Dalim was given the title Bir Uttam, Nur Chowdhury was given the gallantry award as Bir Bikram, and Rashed Chowdhury and Moslehuddin Khan were given the honour of Bir Protik for their contributions during the Liberation War in 1971.

The then government had given the awards in 1973 and also issued a gazette notification to this effect on December 15 of the same year.

In February this year, a probe body of Muktijoddha Council proposed scrapping state gallantry awards conferred on late president Ziaur Rahman and killers of Bangabandhu and their patrons and sent the proposal to the Liberation War Affairs Ministry for final approval.

Earlier, The High Court on December 15 also directed the government to revoke the state gallantry awards of the four convicted killers of Bangabandhu.