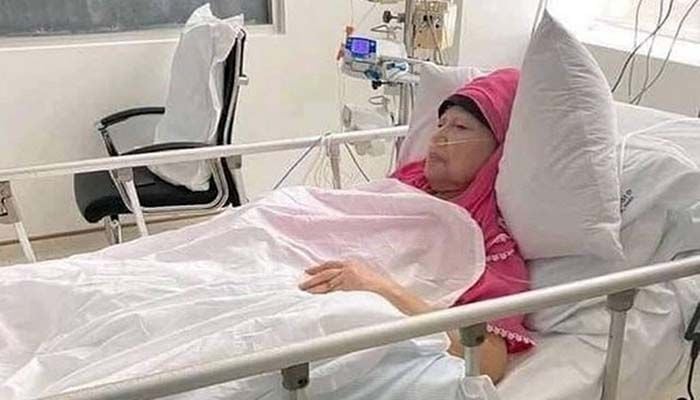 "As far as I’ve come to know from doctors, she (Khaleda) has a heart problem. The fluid accumulating in her lungs will not be stopped unless this complication is resolved.  What they (doctors) think is her kidneys and liver are not functioning properly,” he said.

Speaking at a press conference at BNP Chairperson’s Gulshan office, Fakhrul said, “That's why she has been suffering from recurrent fever. She had fever yesterday (Sunday), too.”

Expressing gratitude to the doctors at Evercare Hospital, he said they are trying their best to ensure proper treatment to the BNP chief.  “What they (doctors) are repeatedly saying is that she (Khaleda) should be taken to an advance centre for treatment as our hospitals are not well equipped.”

The 76-year-old BNP chief, who tested positive for Covid-19 on April 11, was admitted to Evercare Hospital on April 27.

On April 28, a 10-member medical board, headed by Prof Shahabuddin Talukder, was formed for the treatment of Khaleda at the Evercare Hospital a day after her admission there.

She tested negative for Covid-19 on May 8, 27 days after she had been infected with the deadly virus, but the BNP chief has still been suffering from various comorbidities.

Amid the coronavirus outbreak, the government freed Khaleda Zia from jail for six months through an executive order suspending her sentences on March 25 last year.