Covid Vaccine Apparently Emerged as Another Tool of Exploitation: FM 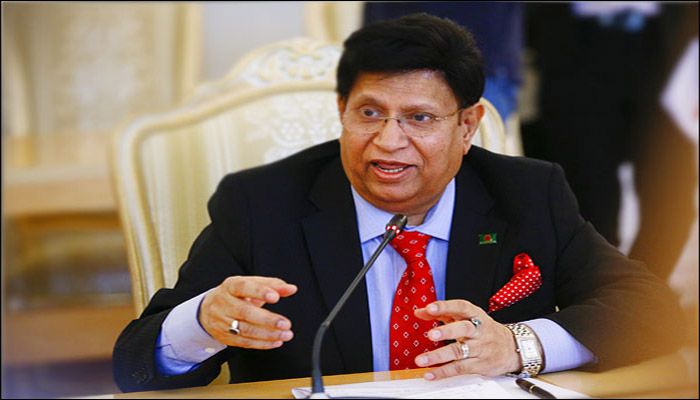 ﻿Foreign Minister Dr AK Abdul Momen on Tuesday said the Covid-19 vaccine has apparently become another “tool of exploitation” now, noting that some rich countries are holding back vaccine doses beyond their internal demands.

“They (rich countries) assure us just saying, ‘you don’t worry’, but nobody gives us vaccines. In some cases, they want to know whether we (Bangladesh) will support them on a particular issue (various elections in global forums). That shouldn’t be tagged with Covid vaccination. It should be independent,” he said without naming any specific country.

The Foreign Minister made the remarks while talking to reporters at his office at the Ministry of Foreign Affairs.

Dr Momen, who returned home early Tuesday wrapping up his New York visit, said he made it clear during his meeting with the UN Secretary-General with some examples.

He said he talked about Covid and vaccination issues in all his meetings in New York and received a lot of assurances as usual.

Dr Momen said Prime Minister Sheikh Hasina has been saying from day one that vaccines should be a public good and should be affordable to everyone. “No discrimination should be there. Unfortunately, rich countries are sitting with more vaccines going beyond their requirement. They aren’t using those and there’re incidents of date expiry.”

The Foreign Minister said the US wants to give vaccine doses to Bangladesh but they want to give it mainly through the COVAX facility.

He said since Bangladesh abstained from voting the resolution as its priority issue – Rohingya repatriation was not accepted. “We also made a strong statement. Let them realize that repatriation is a big issue for us.”

Bangladesh expressed “deep disappointment” over the new resolution on Myanmar at the United Nations General Assembly as ``it has failed to recommend actions” on repatriation of the Rohingyas and failed to adequately reflect on the crisis.

“The resolution that was adopted falls far short of our expectations,” said the Permanent Representative of Bangladesh to the UN Ambassador Rabab Fatima after the adoption of the resolution on the ‘Situation in Myanmar’ at the 75th session of the UNGA.

In an explanation of the vote by Bangladesh, she said the resolution failed to recognize in its operative part, the urgent need for creating conditions for the safe, voluntary, and sustainable return of the displaced minorities of Myanmar, particularly the Rohingyas.

The resolution was adopted by the UN General Assembly with 119 votes in favour, 01 against and 36 abstentions, focusing on the current democratic crisis in the country, including the declaration of emergency, and detention of its political leader, calling for the restoration of democracy, while recognizing the central role of ASEAN.

“We share borders with Myanmar; we host over a million of their people. Therefore, stability in Myanmar is critically important for us in finding a durable solution for the million Rohingya we host, who are victims of atrocity crimes,” she said.