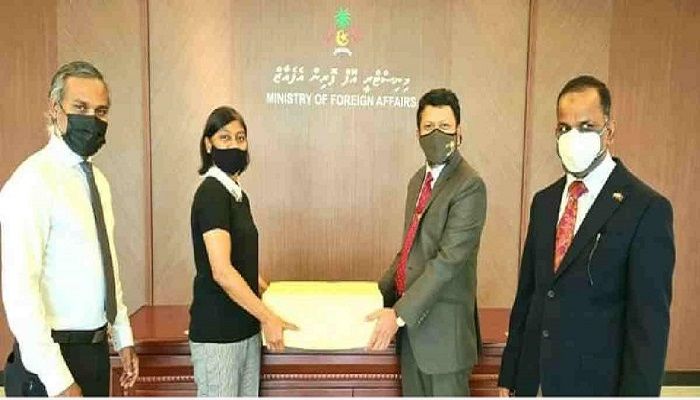 High Commissioner of Bangladesh to the Maldives Nazmul Hassan handed over the mangoes to Aishath Shaan Shakir, chief of protocol of the Ministry of Foreign Affairs of Maldives, on Monday.

Aishath accepted the mangoes on behalf of the president of Maldives and cordially expressed gratitude to the prime minister of Bangladesh for sending these gifts as a symbol of friendship.