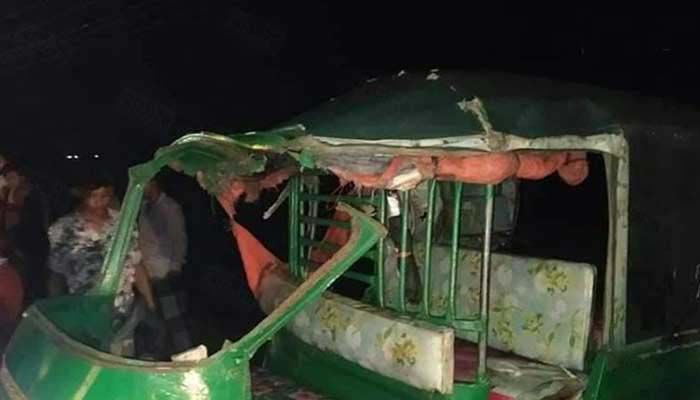 ﻿﻿Three members of a family were killed and one other injured when a truck hit a CNG-run auto-rickshaw in Pangsha Upazila of Rajbari early Tuesday, reports media.

The deceased were identified as Md Ishak, his daughter Shila, 14, and his son Abdul Malek, 5.