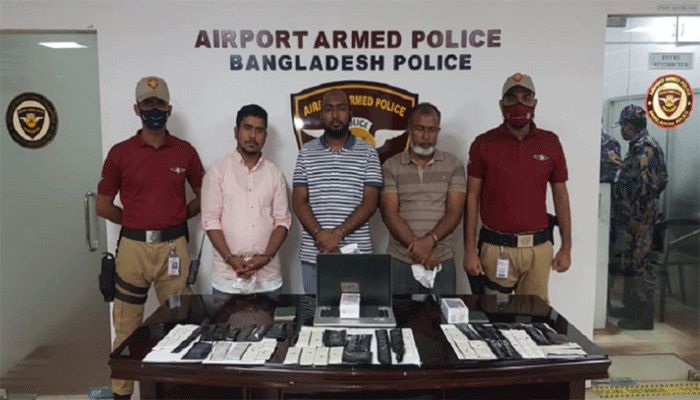 Riazul, Amin and Mokarram were arrested at 5:30am Tuesday, said Ziaul, adding that they wrapped the gold around different parts of their bodies.