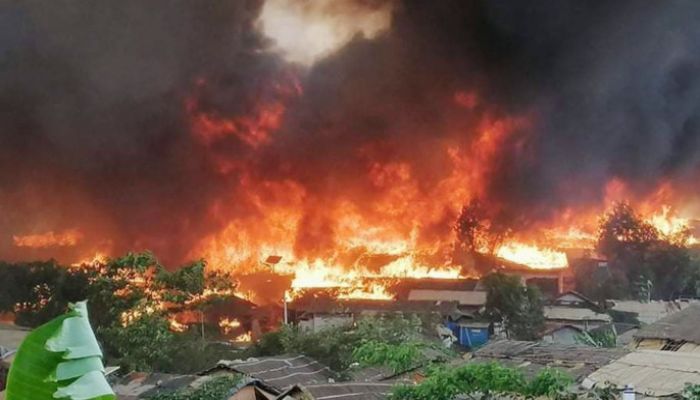 ﻿A fire broke out on Tuesday at the Balukhali Rohingya camp in Ukhiya, Cox's Bazar, destroying 63 homes. Around 4 to 5 persons were injured in the fire.

The fire probably started from a gas cylinder. With Eid ahead, the Rohingya families were preparing special food items and that is when the fire broke out, reports media.

The fire started on Tuesday evening at the H-2 block of Balukhali camp-9 next to Ukhiya Panbazar.

Rohingyas began to shout in alarm seeing the flames. The APBN members, volunteers and Rohingyas managed to douse the flames within an hour.

However, 63 homes were reduced to ashes in the flames and 4 or 5 persons were injured while fighting the fire. They were sent to the hospital for treatment. A few children remain missing in the incident.