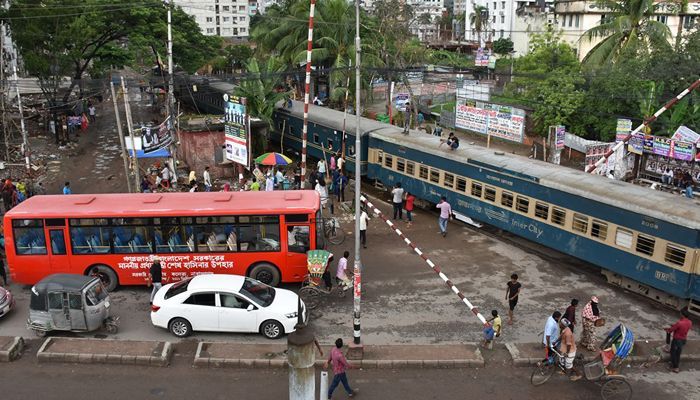 ﻿The government has issued a notification relaxing the lockdown from August 11. In the notification, it has been said that buses and trains will ply with their full capacity.

However, the fare of the public transports will not be increased this time as it was increased before.

On the other hand, the authorities have not yet decided about the launch.

Khandaker Enayet Ullah, secretary general of the Bangladesh Road Transport Owners Association, told the media that since there are as many passengers as there are seats, there will be no increase in fares. Transport will operate at the previous fare.

On the other hand, Railway Minister Nurul Islam Sujan said, "We have never increased train fares." Even when we transported with half capacity, people used to travel on the previous fare. The train will still run on the old fare.

The minister said, 100 percent tickets will be sold this time. It will have half ticket online and half ticket counter. Initially, 38 pairs of intercity and 19 pairs of commuter trains will run.

The Cabinet Division has issued a circular relaxing the existing strict lockdown to keep the country's economic activities afloat and considering the overall situation. It has approved the movement of half of the public transport with its full capacity of passengers.

This information has been given in a circular signed by the Deputy Secretary of the Ministry of Public Administration Md Rezaul Islam on Sunday (August 8) afternoon.

According to the notification, public transport vehicles will be able to carry the same number of passengers on roads, railways and waterways. In case of public transport by road, local administration (Divisional Commissioner in City Corporation area and Deputy Commissioner at district level) in consultation with law enforcement, concerned departments / agencies, owners and workers' organizations will be able to introduce half of the total number of transports per day.

If there is any negligence in the observance of hygiene rules in any organization including public transport, various departments, markets and markets, the concerned authorities will take responsibility and legal action will be taken against them.