No Decision Yet on Reopening Edu Institutes: Cabinet Secretary 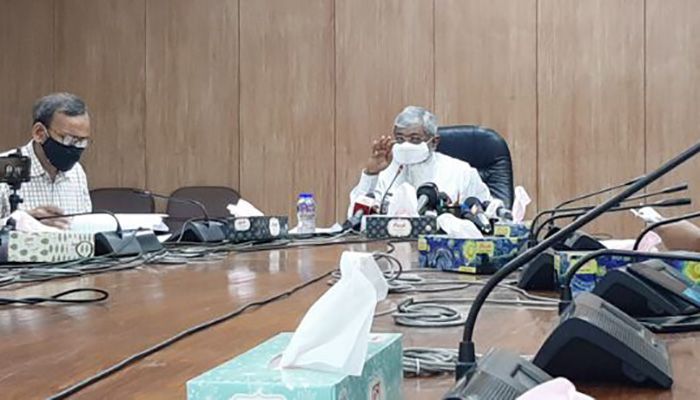 ﻿Cabinet Secretary Khandaker Anwarul Islam said no decision has been taken yet on the opening of the educational institutions.

He made the remarks in response to a question from reporters after a cabinet meeting at the Secretariat on Monday (August 9th).

Asked if a decision has been taken to open an educational institution, the secretary said no. The Ministry of Education will inform that. They are discussing how to do it.

He added that they have been intensifying vaccinations before. So that students can also be vaccinated. Let's see then. They will brief you.

Asked about the restrictions, Anwarul Islam said no permission was given for entertainment centers and gatherings.

Regarding of plyingh half of the public transport, he said, "We have been suggested by the law enforcement agencies to do it at least for a while. the law enforcement agencies told that they would sit at the district level with DCs, SPs, transport owners-workers and would decide that half of the buses would run one day, the other half would run the next day.

Due to the ongoing coronavirus, all educational institutions in the country have been closed for almost two years. The government has continued teaching through online, digital platforms and television.