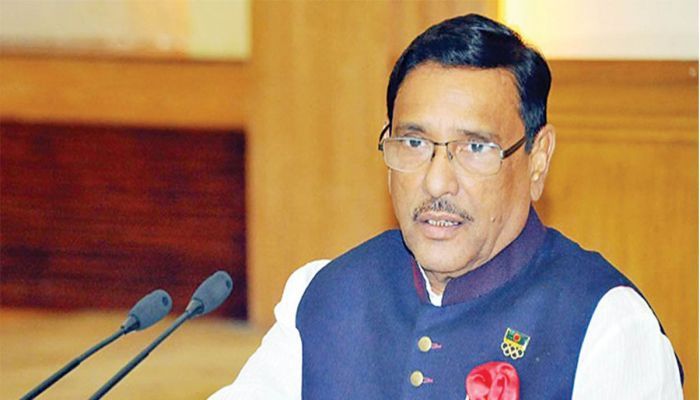 Road Transport and Bridges Minister Obaidul Quader on Monday said that the strict lockdown has been relaxed for the sake of people’s lives and livelihoods, but it may be imposed again if Covid situation worsens.

He was speaking at the signing of an agreement between the Department of Roads and Highways (DRH) and a construction company.

Quader said the fare in the public transport would be the same as before the pandemic and not the recently increased fare as they will run on full passenger capacity.

The minister said both passengers and bus workers must follow hygiene and health rules and wear masks. He urged the BRTA to take necessary steps in this regard.

He urged the engineers to maintain quality in road construction. He also called for restoring discipline on roads and highways.

The people have responded spontaneously to the vaccination, he said adding this is causing heartburns of BNP leaders.

He urged the BNP to learn from the welfare-oriented politics of Prime Minister Sheikh Hasina and her deep commitment to the people. However, the truth is that BNP has never learnt from history, he said.