Sense of Normalcy Returns to Dhaka As Lockdown Ends 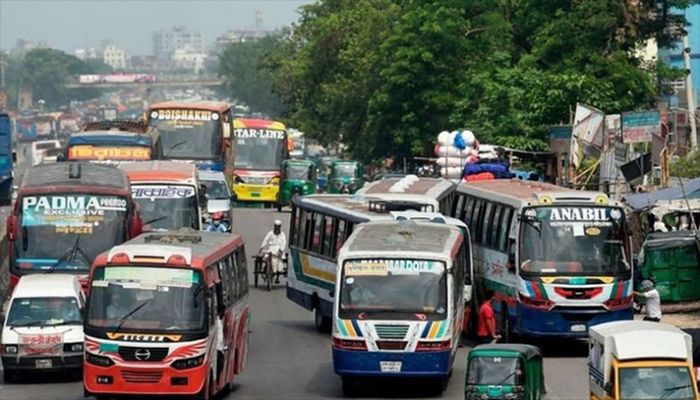 ﻿Life is returning to normal in the national capital Dhaka, as the Bangladeshi government lifted the Covid lockdown curbs from Wednesday, reports UNB.

Almost all factories, offices, shopping malls and standalone outlets reopened in Dhaka this morning, strictly adhering to all Covid-safety protocols.

Public transport services also resumed operations in the morning. Several city buses were seen plying on a number of busy stretches and ferrying passengers with 50 per cent of their seating capacity.

Such was the morning rush that several areas of the city witnessed traffic snarls in the morning rush hours, giving commuters a harrowing time on the roads. However, the inter-district buses entering or exiting the city were fewer than pre-Covid days.

Besides, train and launch services also resumed services across the country, keeping 50 per cent of the seats empty.

Abu Raihan Mohammad Saleh, joint commissioner (traffic north) of Dhaka Metropolitan Police, said, “Traffic jams in some areas were due to the rise in the number of vehicles on the roads."

Commuters experienced snarls between 8:00am and 10:30am in different areas of the city -- Technical point, Mirpur, Shyamoli, Asadgate, Banani, Amtoli and Mohakhali intersection to name a few, Abu added.

On August 8, the government decided to ease the ongoing nationwide lockdown restrictions, allowing shops, factories and offices to reopen from August 11.

As per the guidelines, buses, trains and river vessels are allowed to carry passengers in their full capacities.

However, in regard to road transport, local administrations (Divisional Commissioners and Deputy Commissioners) have been empowered to order 50 per cent of the public transport to operate every day, in consultation with the authorities concerned and law enforcement agencies.

Shopping malls, markets and shops are allowed to remain open from 10:00am to 8:00pm following the health guidelines, while hotels and restaurants can stay open from 8:00am to 10:00pm keeping half their seats empty.

Besides, all the factories have been allowed to resume operations from August 11.

As per the guidelines, the authorities concerned will be held responsible for any negligence in maintaining the health safety protocols in public transport, offices, markets, and legal action will be taken against violators.

Road Transport and Bridges Minister Obaidul Quader on Monday said the strict lockdown restrictions have been relaxed for the sake of people's lives and livelihoods, but could be reimposed if the Covid situation worsens.

Bangladesh was put under “strict” lockdown on July 23 barring people from leaving their homes except for essential reasons.

Scheduled to end on August 5, it was later extended to August 10.